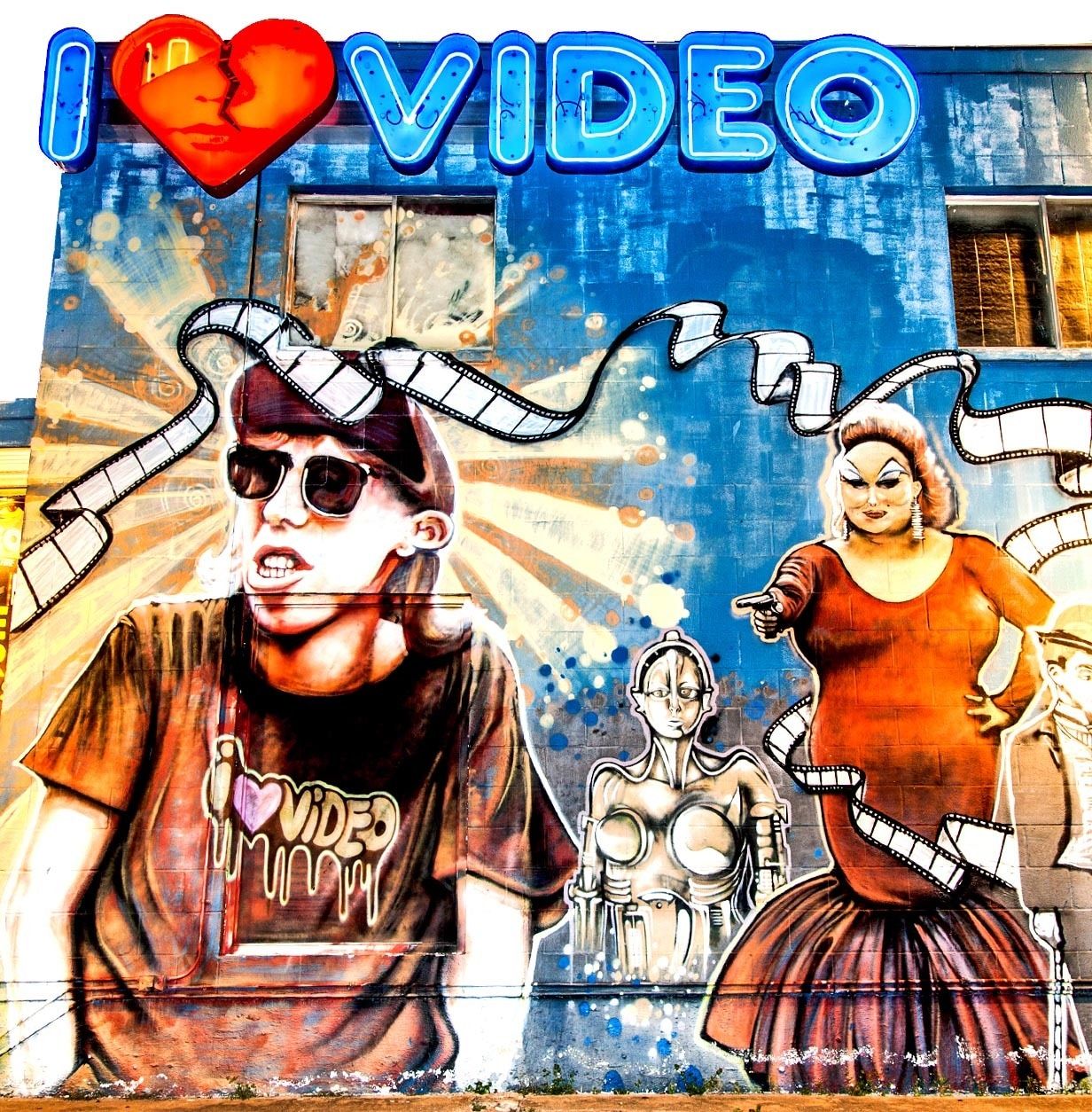 When I was in early 20s, college dropout, unrecognized potential, living back at home years I got a job at Blockbuster Video. It was one of the best jobs I ever had. I don’t know if it was the people that I worked with, our ages at the time, the carefree no responsibility, whatever it was I loved that job. I was going through a film snob phase, ironic because I was suckling the most corporate of video store teats. If you look back at stuff I wrote around those days, you’d see a lot of scoffing at what the customers were choosing to spend their evenings watching. I still say if all things being equal I would still want to work that job today.  But all things aren’t equal anymore. The twin powerhouses of streaming video and Amazon Prime delivery broke the video store’s back. A few years ago, Vulcan Video in Austin closed down. Today, it was the last Austin holdout, I Luv Video. I’m to blame as much as anyone. I haven’t been to a video store in probably 12 years or more. But the video store always had a special place in my heart.

I remember even before I worked at one going and looking for the perfect movie to watch. I can remember the disappointment of wanting to watch a particular video, but when you arrived it was already checked out so you had to settle for either something you’ve seen a million times. Or maybe you picked out something you had never heard of and it became that movie you’d recommend to everybody to show how great and obscure your taste in movies was (just me? Ok).

The sad thing about losing the physical stores and media is that we’re also losing some of those films. There are still movies out there that aren’t available to stream anywhere. You can find them cut into forty pieces in a shitty pixelated version on YouTube sometimes, but they are basically lost to time. I’ve been thinking about that a lot lately. The march of our so called progress and what we are losing in it. It’s hard for me to put into words. I love the convenience of streaming video and music and ebooks, but we’re losing that discovery sometimes. I don’t know how many times I’ve scrolled and scrolled and scrolled through Netflix or Amazon or whatever streaming app du jour and couldn’t settle on something to watch. By the time I found something, I was too tired to watch it. The constraints of the video store caused you to make a choice. Not saying, of course, that I didn’t spend a lot of time there as well, but it was different. It didn’t feel like mindless scrolling. It was an adventure; a treasure hunt. Now it almost feels like a chore.

I gave up physical media a long time ago, mostly because of space constraints and convenience. But there’s something to be said about that clunky video cassette. Picking up the box and reading the synopsis. The heft of it in the bag. The smell of the tape. The satisfying “ka-chunk” as you put it into the VCR. The endearing crackle of a worn spot on the video. Netflix and Amazon can’t stream that.

So, today I pour one out for the last, in Austin, of its kind I Luv Video. The name said it all.